The sun was setting, we were in the middle of nowhere, and our gas gauge had just dropped into the orange when it occurred to Clara and I that this is how so many horror movies start. The road out to Death Valley National Park is sparse, and some of the only standing relics look like they’d been forgotten about long ago. In fact, the whole eastern side of the Sierras is pretty empty, which is a big part of it’s appeal (especially in a state as populated as California) but it can get a little eerie, too. 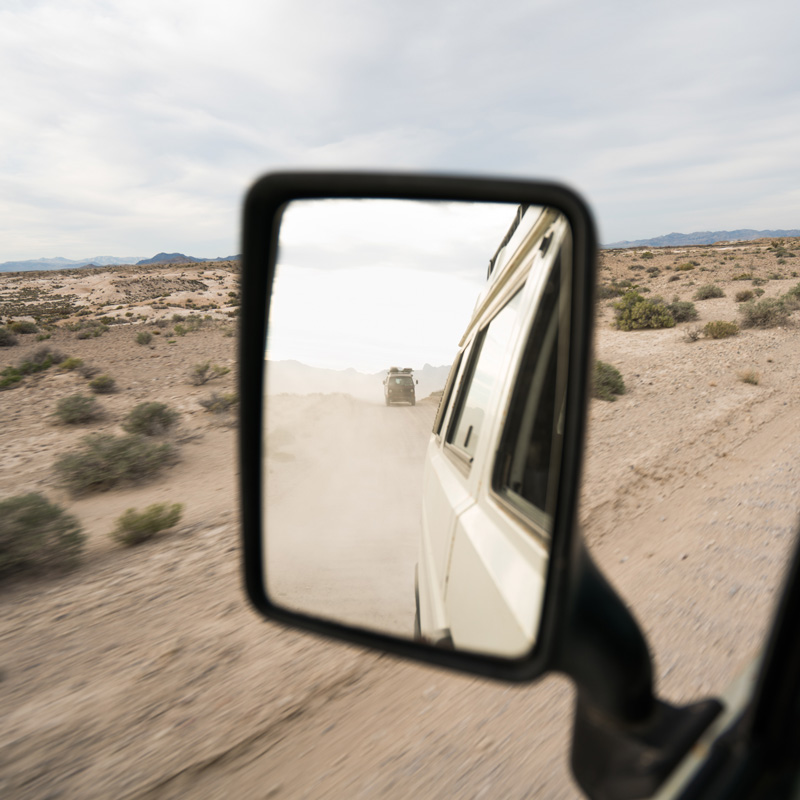 We were on our way out to meet Mak and Owen, a couple who I’d been following online, who like me, are living full time in an old Vanagon. A few days earlier I’d seen they were in the area, so I contacted them and we set up a loose plan to find each other along a little service road just inside the park. Now, the idea of following a set of coordinates six hours out into the middle of nowhere to meet up and camp with strangers might not be new to me, but it was to Clara, who’s new to vanlife (which didn’t help the whole ‘horror movie’ thing). And while going out on a limb like that may have seemed a little kooky to her, to me it represented one of my favorite aspects of this vanlife-community: an openness to connect. 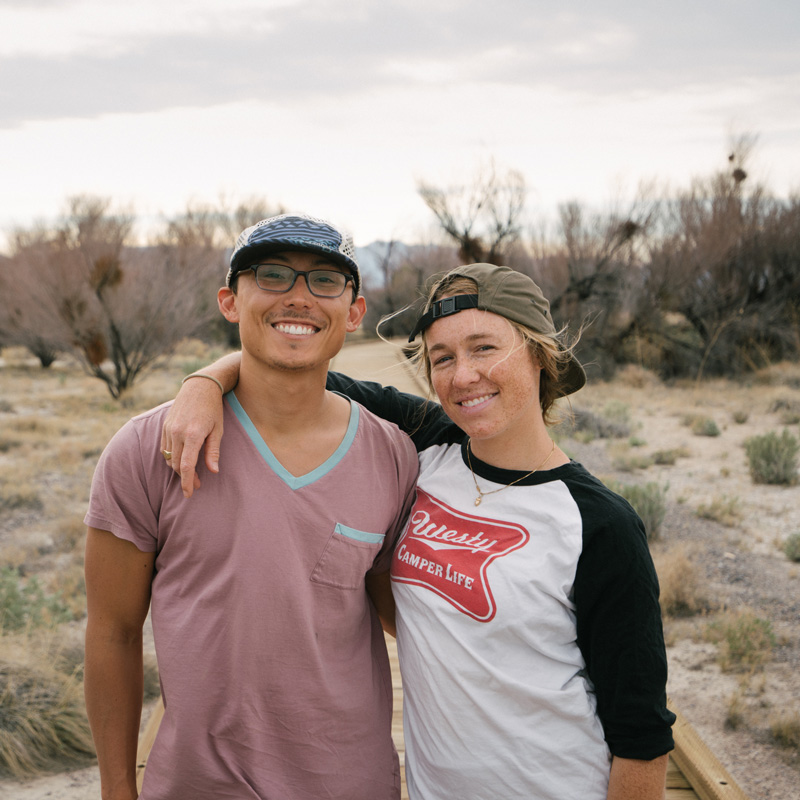 Clara put on a strong face and was a good sport about it all, even after the sun sank below the horizon and we were still rattling down dark washboard roads, hoping to spot Stanley, Mak and Owen’s brown 1985 Westfalia, around the next bend in the road. And we eventually did, just like we eventually found gas before running out. Positive thinking, right? 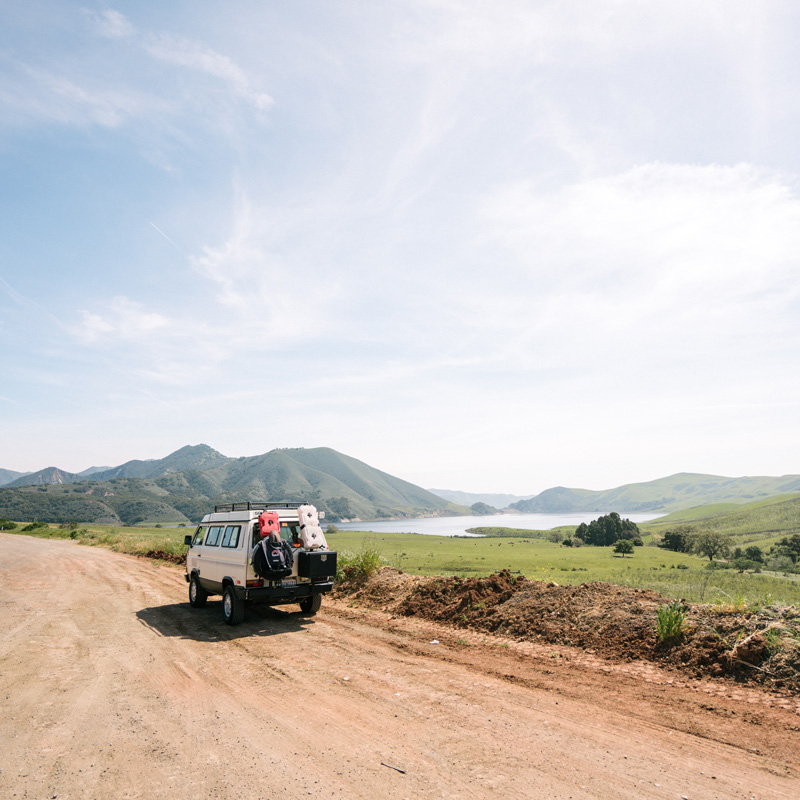 We’d all heard about the ‘super bloom’, an annual surge of flowers miraculously sprouting up through the dry desert bed, covering the dry landscape in a flood of color. With as much rain as California has gotten over the winter, we figured this year’s bloom would be especially super. And what better way to make new friends than witnessing something as special as that?

Unfortunately, the bloom wasn’t super. In fact, the park seemed to hold pretty true to its name in that we didn’t see much of anything living, except of course the handfuls of sweating visitors who were probably there thinking the same things we were: “It’s hot, where are the flowers?” Did I mention it was hot? Oh, and I’d bet they were also thinking about jumping in the Furnace Creek Hotel pool which only costs $5 for non-guests…I know we were. 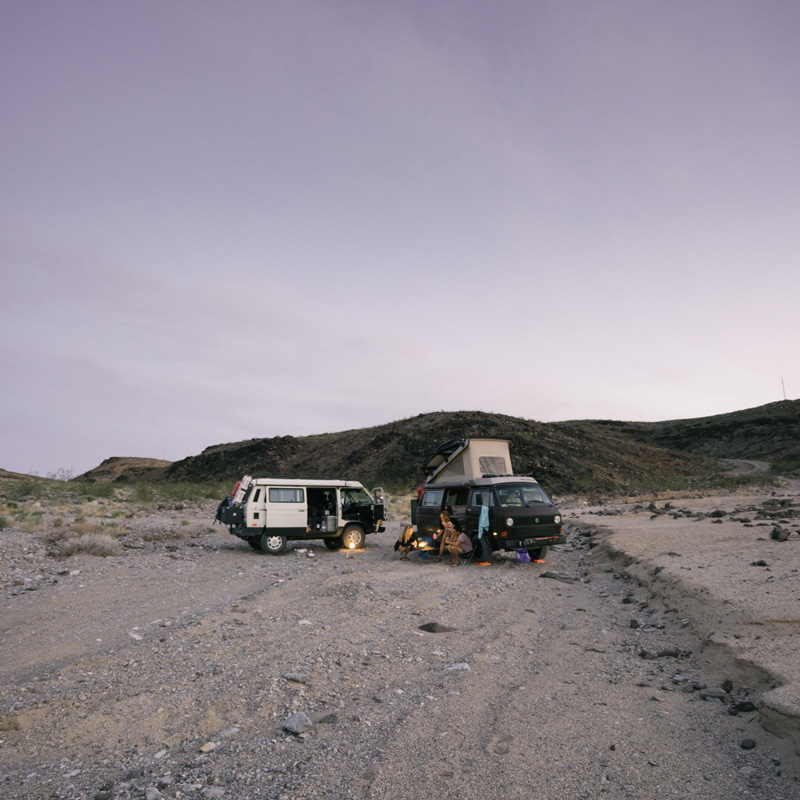 Death Valley is an amazing place, and one of my favorite national parks, even without the flowers. There isn’t much out there that compares to the feeling of driving the long, straight road that descend into the deep valley, ears popping as you sink well below sea level. And while the park’s muted, pastel landscapes are indeed a spectacle, to me, the desert’s true beauty is in the resilience of the few things that do manage to sustain life in such a harsh climate. 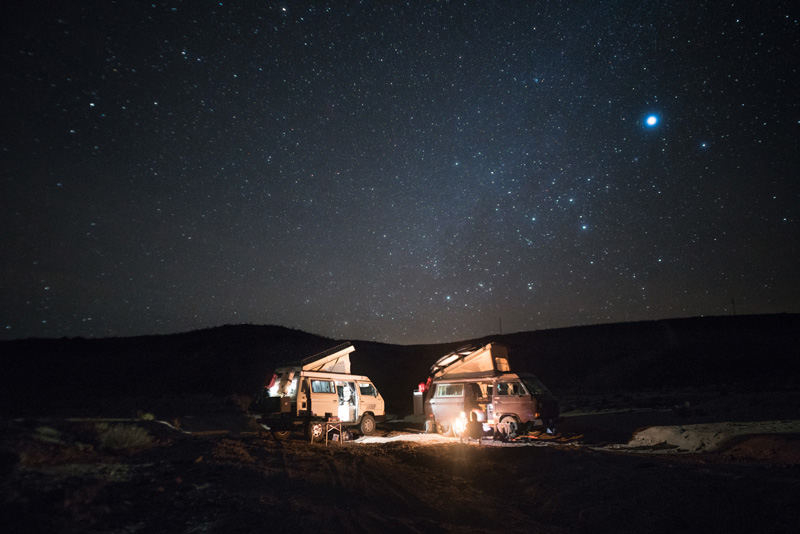 But I’ve always been a believer that a place is only as good as the people you experience it with, and we were in good company. Hot, sweaty, company. 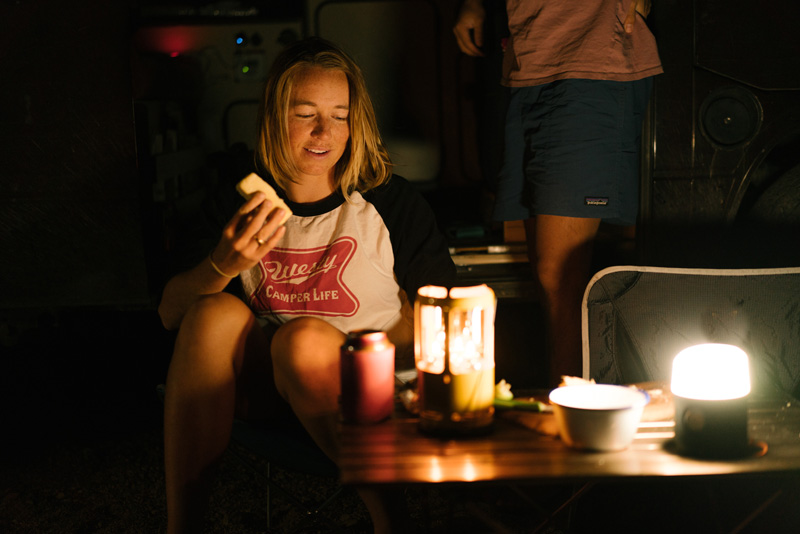